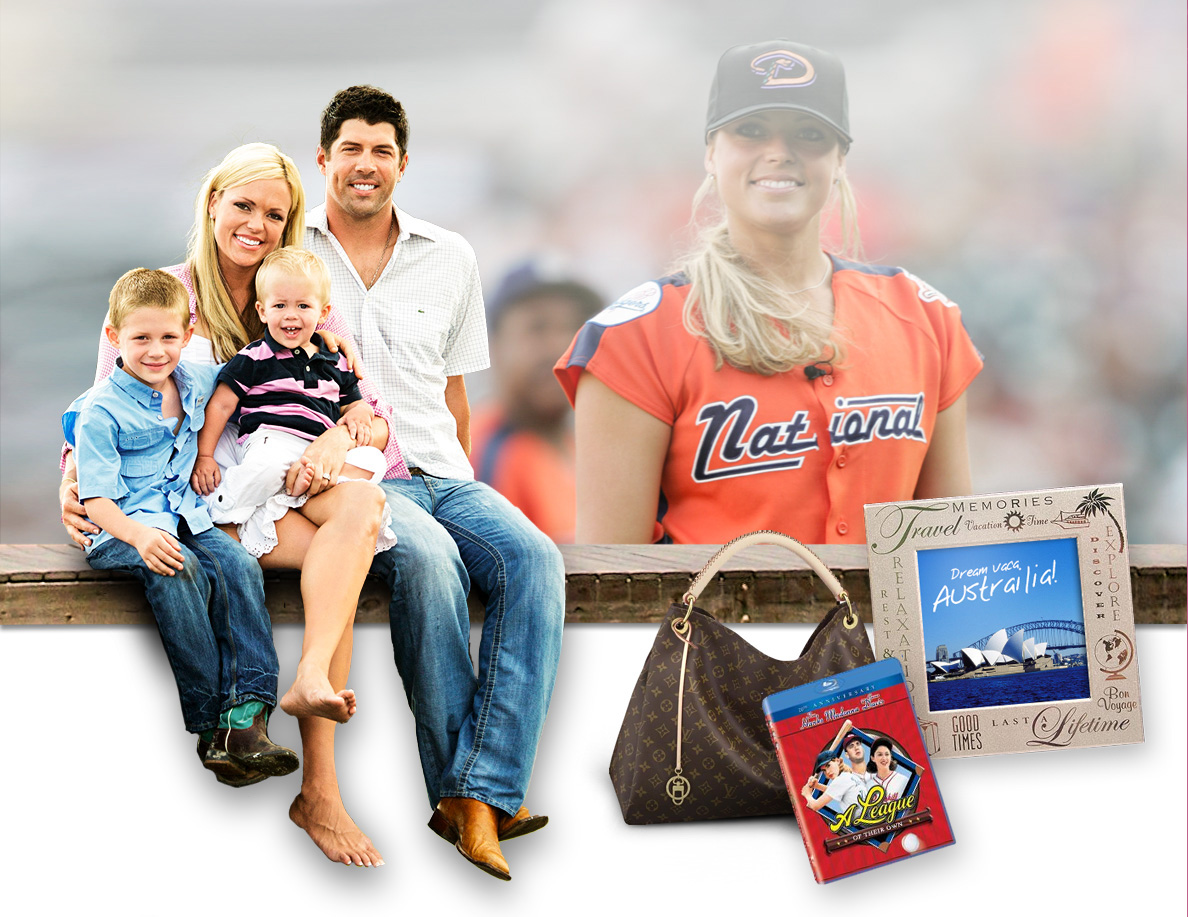 Jennie's favorite place to shop is any clothing company that makes extra-long jeans.

Jennie played in the National Pro Fastpitch League for the Chicago Bandits.

Jennie's dream vacation is to go to Australia.

Three people Jennie would love to have dinner with are Jesus, Oprah, and her husband, Casey.

Her pitches top out at 72 miles per hour.

Jennie has her own Jennie Finch Softball Camps and softball academy at Diamond Nation in Flemington, NJ.

Jennie won a gold medal at the Athens Olympics.

Her favorite thing to do is spend time outdoors with her family.

Jennie's teams the Finch Aces are based in Flemington, NJ at her softball academy.

Her favorite softball player is her friend, Toni Mascarenas.

She was captain of the basketball, volleyball and softball team in high school.

She started pitching when she was eight years old.

In 2004, Jennie became a member of the 2004 Olympic Gold Medal Softball Team.

She has two sons (Ace Shane & Diesel Dean), and a daughter (Paisley Faye).

In 1998, she graduated from La Mirada High School.

Her dad's name is Doug and her mom's name is Bev.

Jennie attended the University of Arizona and majored in Communications.

She has been married to Casey Daigle since January 15, 2005.

Her nicknames are Jen and Finchey.

Jennie's dog, Bullet, followed her home when she was out running to train for the New York Marathon.


We had such a blast hanging with Mary the last Alumni game. We laughed so hard. She is a hoot & what a gamer, as Ma… https://t.co/5k0u5ne6nn